Right after Christmas, Blake started the countdown to his 9th birthday. This was a birthday that he has been looking forward to for a really long time! Probably in part, that it seems like this is one of those years that drag out a kid's bday...meaning, this year, it fell on a Sunday, #1- so the KidZone at church did special stuff for him,#2- he absolutely begged to bring snacks for his classmates at school on Friday, #3 Aunt Sissy and Uncle Danny are a huge part of his big day, so they came over to shower him with love and GIFTS, then, for some crazy reason, #4- we let him invite a few friends over for a pizza movie night...that all adds up to a Birth"week", not just a birthDAY! lol!

We always have a birthday surprise ready for him, when he first wakes up on his big day! Daddy drew him a special something, we made him a card, and then filled a candy box with dollar bills! 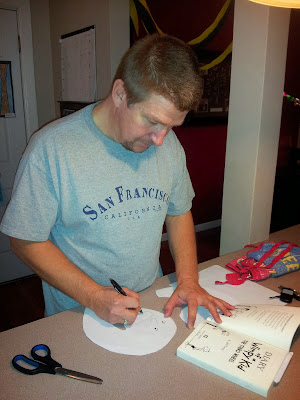 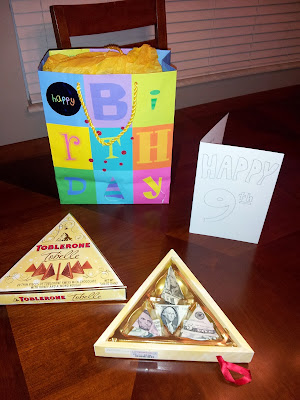 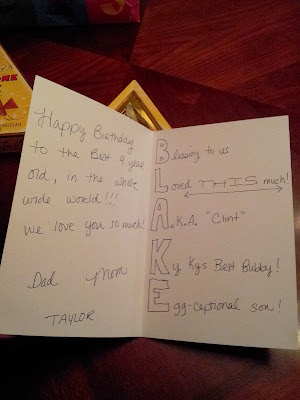 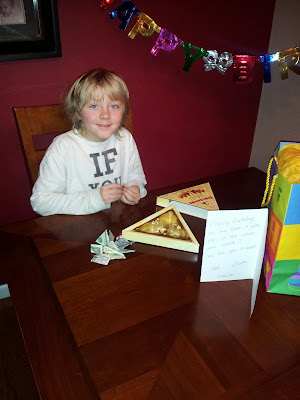 Aunt Sissy and Uncle Danny came later, bringing him gifts and birthday spankings. She really spoiled him this year.  Then, we took him to his fave restaurant, O'Charley's to eat dinner. 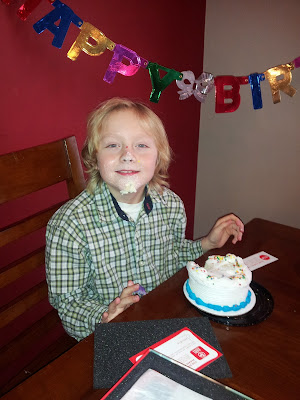 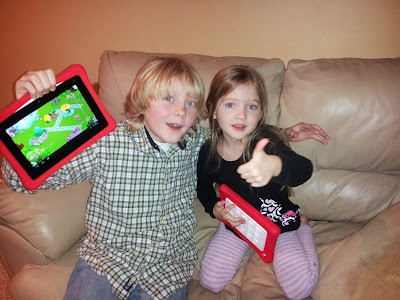 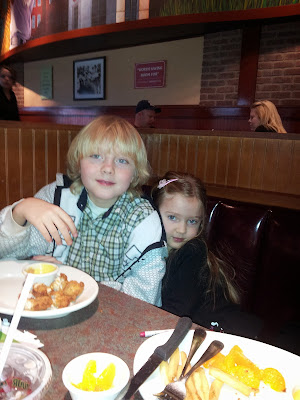 Then...along comes 7 crazy boys for pizza and pokemon battles!  It was hectic from the very first second! I "tried" to keep it low stress, but I guess nothing is "low stress" with 9 kids in the house..lol! 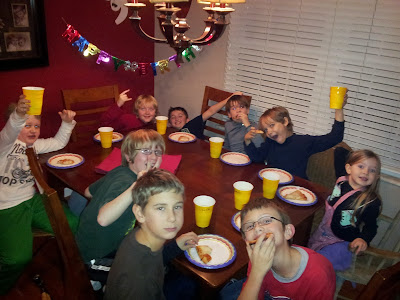 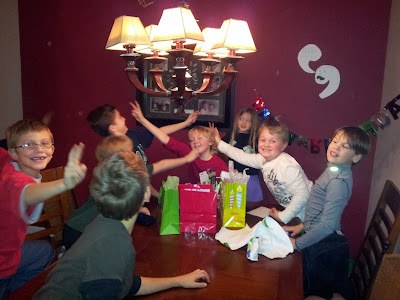 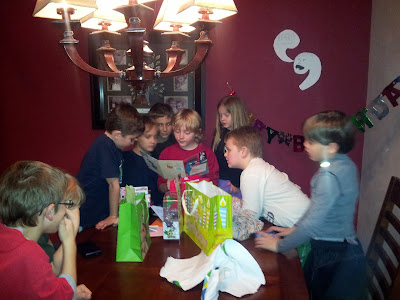 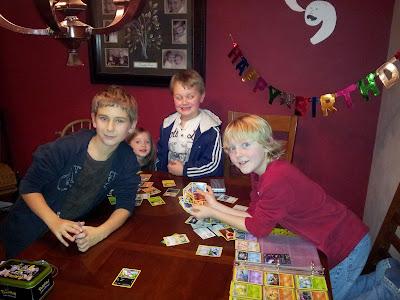 I can't give him too much of a hard time, though... he wants to grow up and become a "teenager" so fast, and I just want to keep him little, I can already see struggles ahead! lol! So far, he insists on having long hair, that hangs in his eyes, he wants "cool" shoes (even if they have holes in them, like his jeans), he insists of doing everything himself, getting really mad at me when I try to help...saying, "MOM!"  This little guy of mine does great in school but would much rather be playing Pokemon with his friends. He is addicted to video games on his Nintendo DS or Tablet, but does just as much writing and artwork on his own creative books! His drawing is amazing! He is also wise beyond his years when it comes to understanding the important things in life, he understands God and what He has in store for him, there have been a many occasion that he "teaches" me, just what I need to know. I love this boy and am so proud of the bigger boy that he is becoming!
Posted by The Sullivan's at 5:29 AM No comments:

I can't believe it, but we ALL stayed up until the midnight hour and toasted as the New Year was welcomed!

We made hot onion dip, cheesy crab dip, Hawaiian ham sammies, and all kinds of other goodies! We all watched the tube, snacked and had a nice evening together! 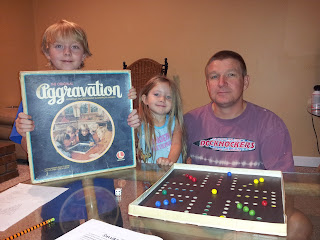 Posted by The Sullivan's at 1:00 AM No comments: