Blake's actual birthday fell on Tuesday, January 6th...known to most kids as..."the day we have to go back to school after a LONG break" day. We decided to do a family birthday breakfast on the Sunday before. Taylor looked forward to decorating for Bubby all day long! We got everything ready on Saturday night, he got to wake to Aunt Sissy coming over and a cinnamon roll Birthday breakfast. We also gave him our family gifts...he was a happy boy! 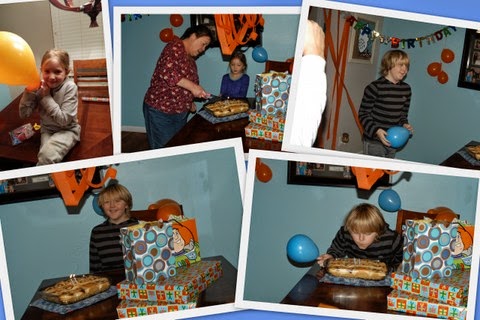 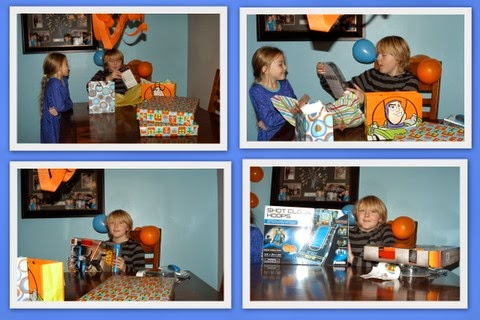 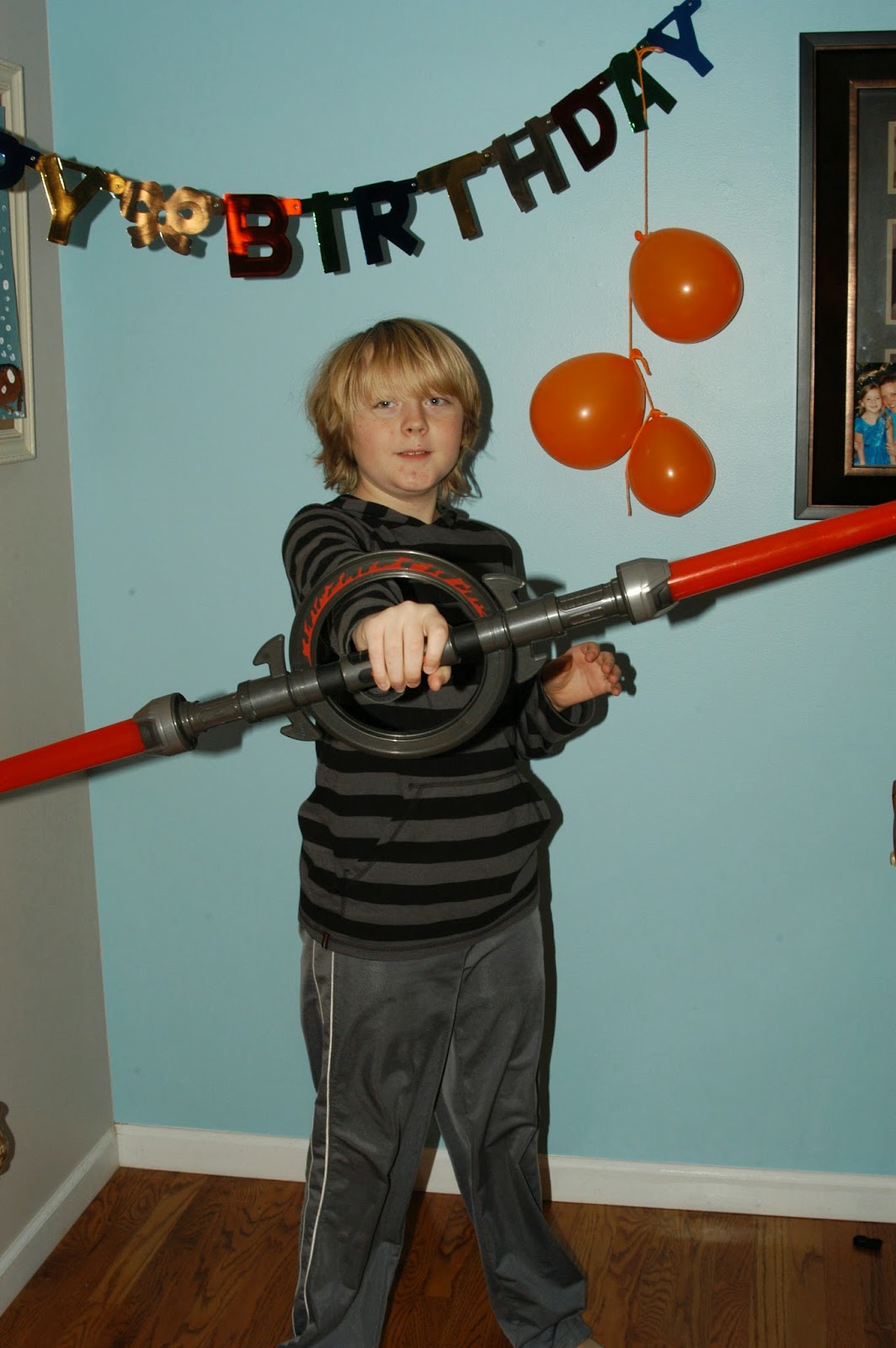 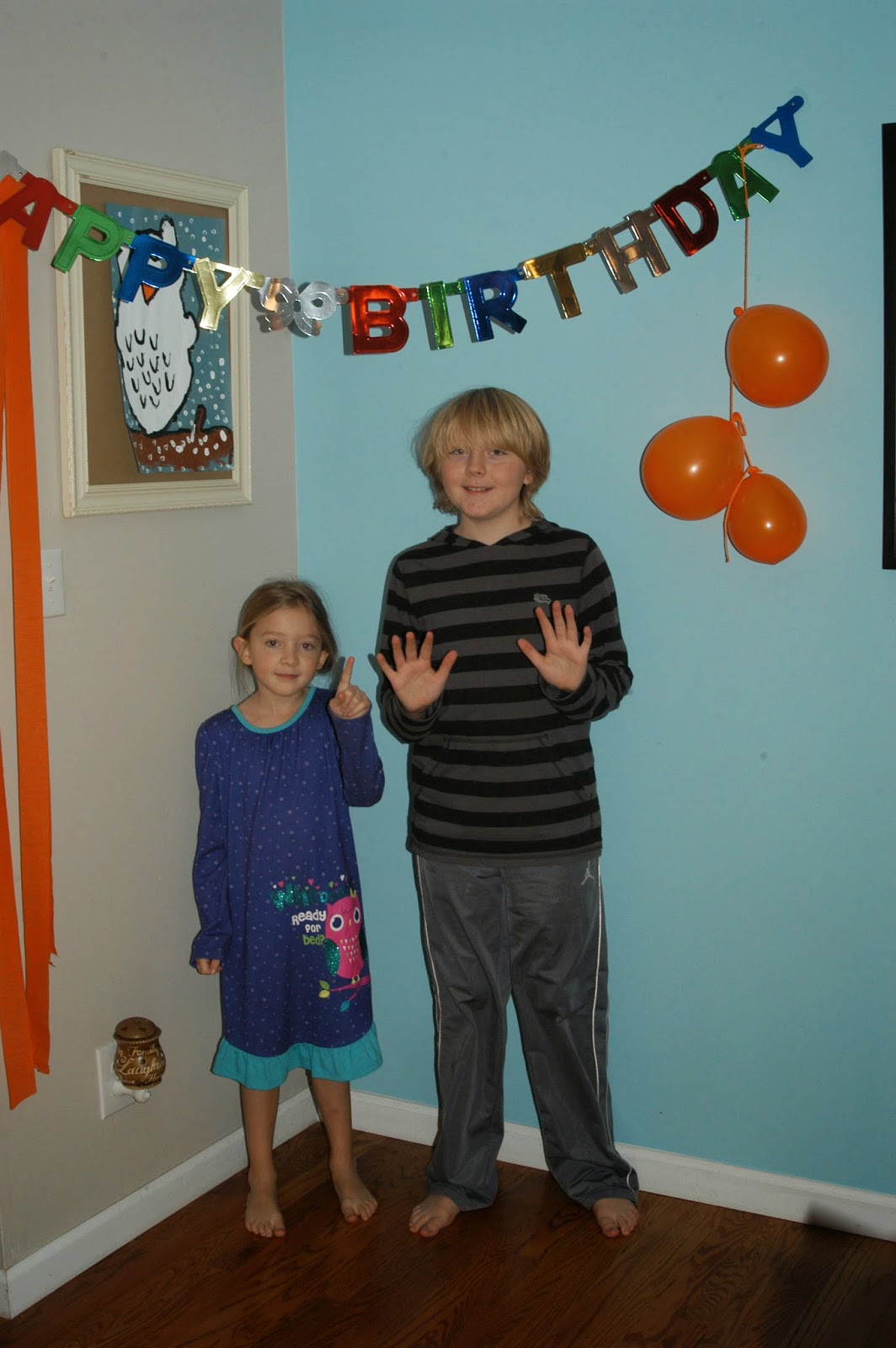 Since there wasn't a snow day, he did have to return to school on his 11th birthday. (and since he had choir, it was a cold and very early morning)  I got him some packages of cookies to give out to his classmates and he got to have some donut holes for breakfast! I asked him if he wanted a candle and he said he really didn't, then  he looked at me and said, "well...only if you want to", I grinned and ran to get a candle! lol! He is such a sweet fella! He was being so sweet, in fact, that I asked him what was up with being so darn good and he said that it was his New Year's Resolution...to be better for us...< 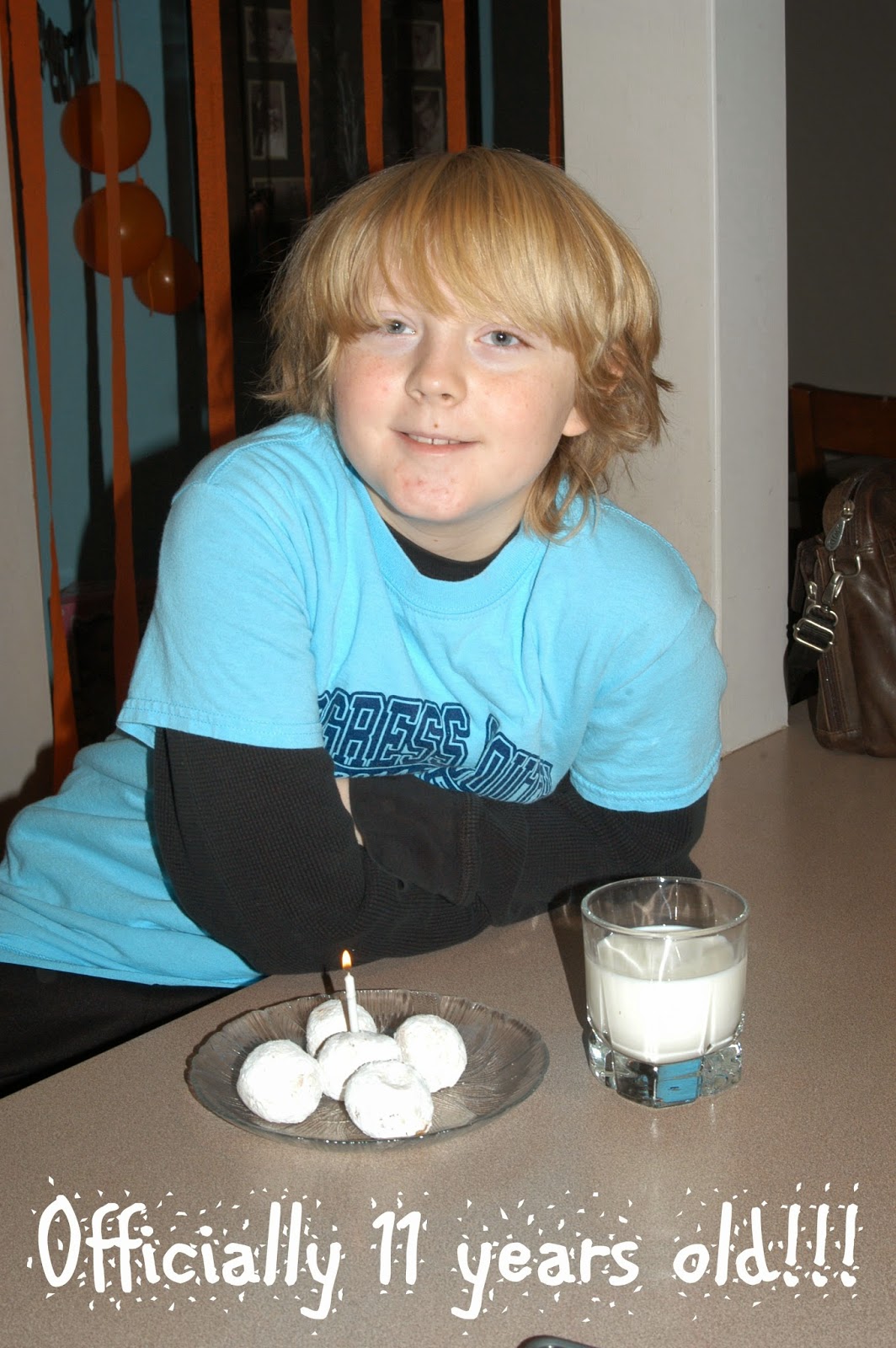 THEN....he got to have some buddies over for a "Minecraft Gaming Party". We tried to keep this simple, but I'm not sure I know how to do "simple". We made special Minecraft "cake" for the event. Blake and Cameron put the pixel cherries on them! He invited Nico, Nick, Seth, Cameron, and Mikey. They had big plans of having a virtual MC party online together, creating a YouTube video of it, but I think they ended up mostly just playing. They had pizza, cake, and ice cream. I gotta say, sitting in the kitchen, watching them all hang out, around the table, laughing hysterically, made my heart happy. Don't get me wrong, they got pretty wild and crazy, but I must say...hearing this bunch of boys laugh and just be happy, was music to my ears!  I just love that they are still little boys at heart, shooting each other up and cracking up over silly animal names...happy ending to a THREE DAY BIRTHDAY. 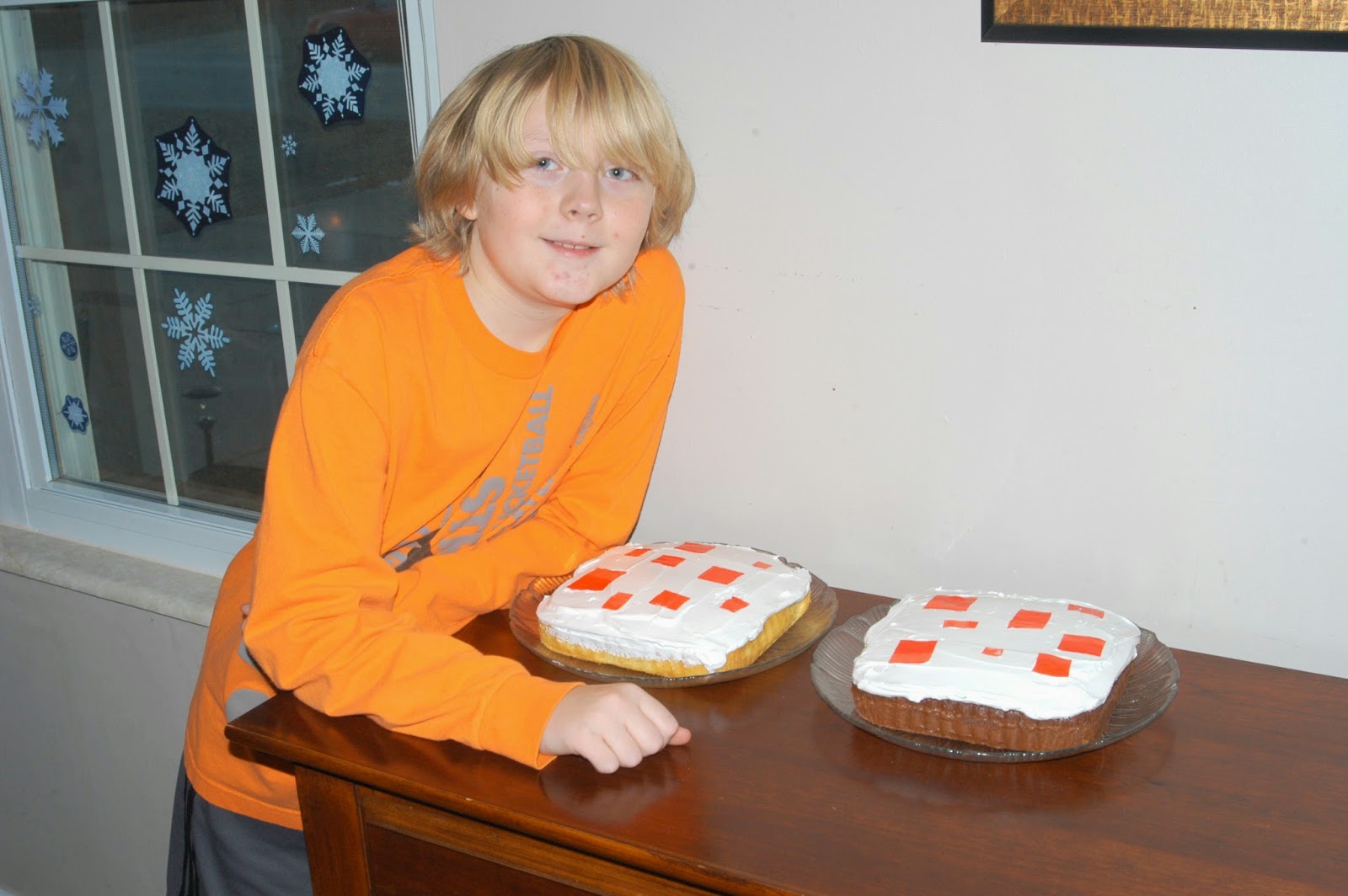 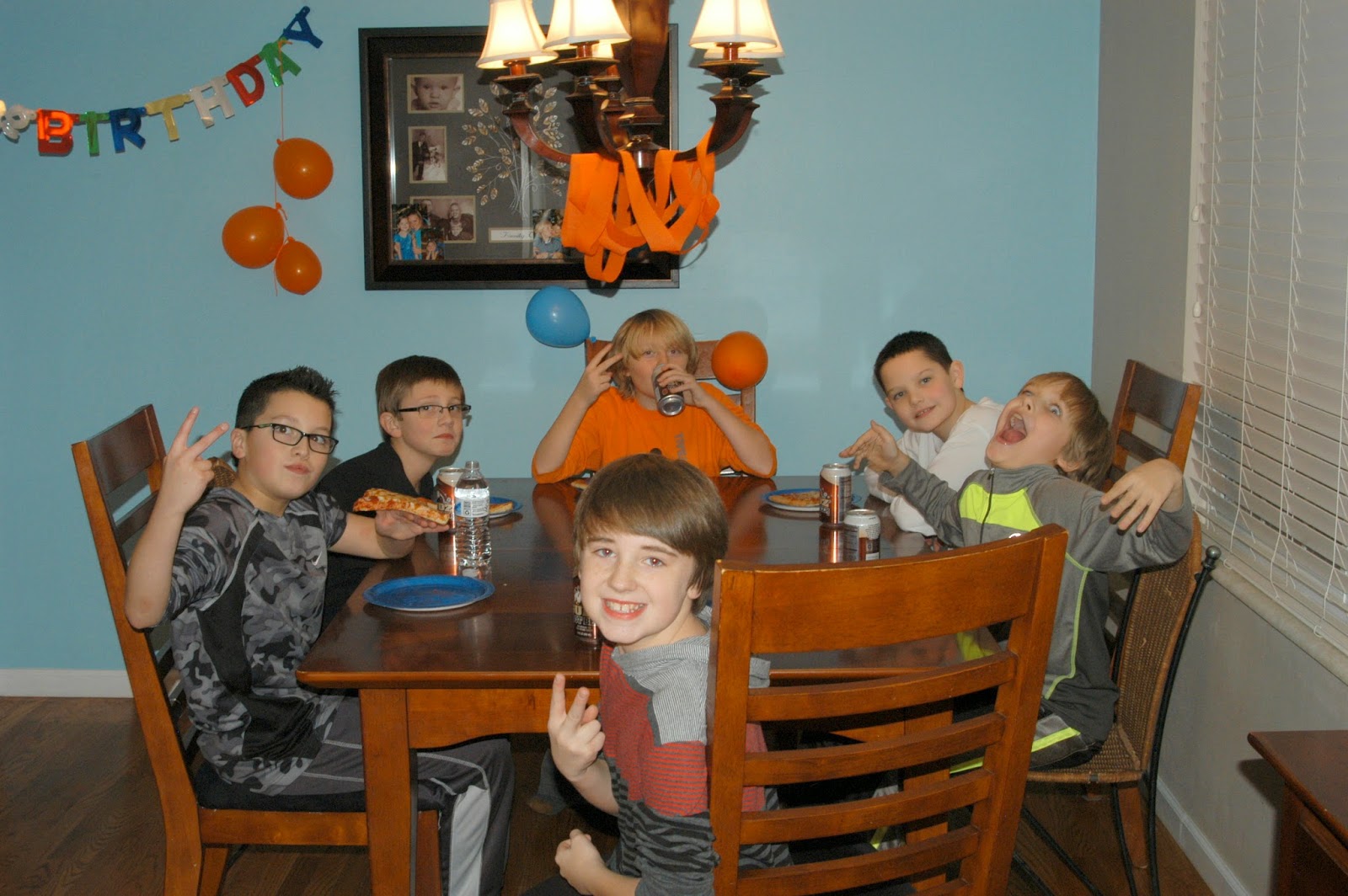 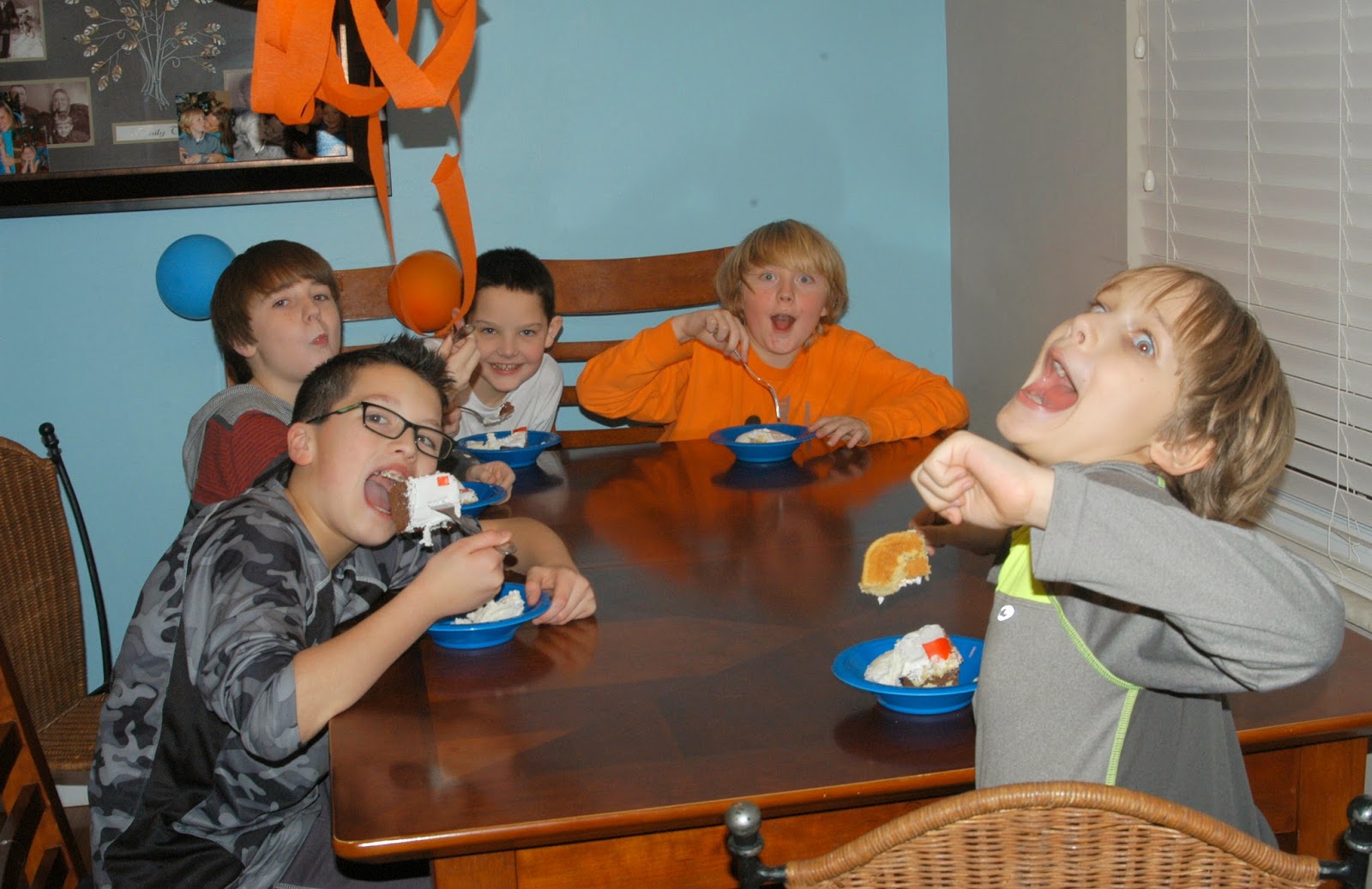 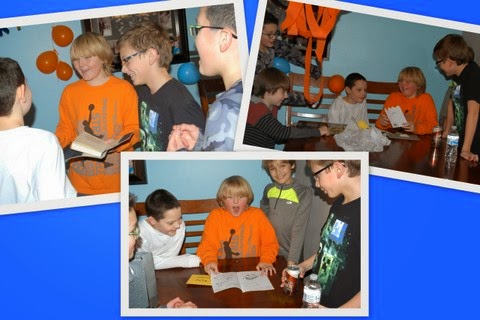 Posted by The Sullivan's at 3:37 PM No comments: